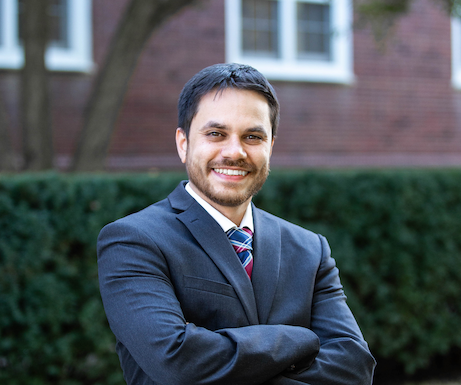 Economics PhD Candidate at University of Illinois at Urbana-Champaign

Welfare Estimation in Peer-to-Peer Markets with Heterogeneous Agents: The Case of Airbnb

Peer-to-peer (P2P) markets allow small suppliers with limited capital to enter markets that were traditionally occupied by large firms. This feature provides a potential decentralized distribution of opportunities. To investigate the distribution of welfare and opportunities among agents, I study the Airbnb short-term rental market, as a successful P2P marketplace. I use daily panel data of Airbnb rentals in Chicago from August 2014 through April 2017 and apply an individual-level multinomial logit model to estimate the distribution of consumer and producer surpluses across differentiated agents and over time. I show that properties in less advantaged neighborhoods benefit the least from having access to the Airbnb market, even though these properties feature weaker competitive pressure and lower opportunity costs of renting. My results show a disproportionate concentration of welfare in neighborhoods with higher incomes and house prices. I also show evidence of a higher surplus for low-income property owners, especially for those who live in high-demand areas.

Introducing a Micro-Founded Index of Consumption Welfare: A Big-Data Approach

This paper introduces a micro-founded index of consumption welfare with household-level variations. It uses Albania’s 2012 Living Standard Measurement Survey to estimate the index in two steps. In the first step, I apply machine learning to find a non-parametric relation between households’ consumption, and a large set of living conditions and characteristics indicators. In the second step, I estimate the distribution of households’ marginal willingness to pay for each living conditions indicator, and estimate the index of welfare. I show that the index is highly correlated with households’ consumption expenditures, but unlike consumption as a naive measure of welfare, it accounts for the existing heterogeneity among their living conditions and preferences. Finally, this paper studies the geographical, cross gender and age distributions of the welfare index and show the differences with the consumption expenditures as a measure of welfare.

Using Big Data to Estimate the Effect of Regulation in Peer-to-Peer Markets: the Case of Airbnb

This paper focused on the effect of a ban on Airbnb in Santa Monica as a natural experiment. We apply “elastic net synthetic control” as a recently developed causal machine learning method. Synthetic control method provides a framework to generate a treatment group for each potential outcome using a pool of control groups, and study multiple outcomes in the market. We study the effect of the ban that targets entire-home, Airbnb rentals on incumbent listings’ revenue, pricing behavior, and local competition in the market. We show that the ban significantly dropped the number of entry and increases the market power of those who remained in the market. Studying welfare effect of the ban is the next step in this paper.